Some twenty minutes into “Army of Shadows,” Philippe Gerbier, the number-two man in a Resistance cell in occupied France, manages to escape from Gestapo headquarters, where he has been brought for interrogation. 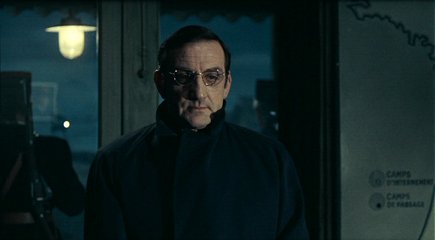 It’s after curfew and we see him running through the deserted Paris streets, looking for a place to hide.  He ducks into a barber shop, the only place that’s lit.  The barber appears, mistrustful of the stranger who is obviously on the run.  On the wall of his shop hangs a poster celebrating the collaborationist leader Marshal Pétain. “What do you want,” he asks. “I want a shave,” Gerbier replies. Without another word, the barber ushers him into a chair and lathers him up. When he is finished, Gerbier reaches into his pocket and hands the barber some crumpled bills. The barber refuses the money, but Gerbier insists on paying him. In return, the barber hands Gerbier a light-colored raincoat, to replace the dark overcoat he was wearing. “It isn’t much, but it’s all I have,” he apologizes.

Heroism, director Jean-Pierre Melville is saying, is found not in grandiose sacrifices for a noble cause, but in small gestures like these. And he speaks with authority, having fought in the Resistance (Melville was a French Jew, born in Alsace; “Melville” was his nom de guerre).  A moment of trust, of shared hope. Here we are, in 1942, and a German defeat seems unlikely. The Resistance is small, fragmented. Betrayal is common, and even men like Gerbier find themselves in the moral gray zone, violating their own principles in the name of an abstraction like freedom, clinging to the small shred of dignity, to their memories, when all else is lost. This is the reality of war and resistance, of life itself.

Army of Shadows is beautifully shot, its muted palette reflecting Melville’s grayscale message. Many scenes are composed in the stark, spare strokes of a Goya drawing, and this strikes me as fitting because both artists’ sense of the effects of violence on the human soul is the same.  A bleak film, it rings true. 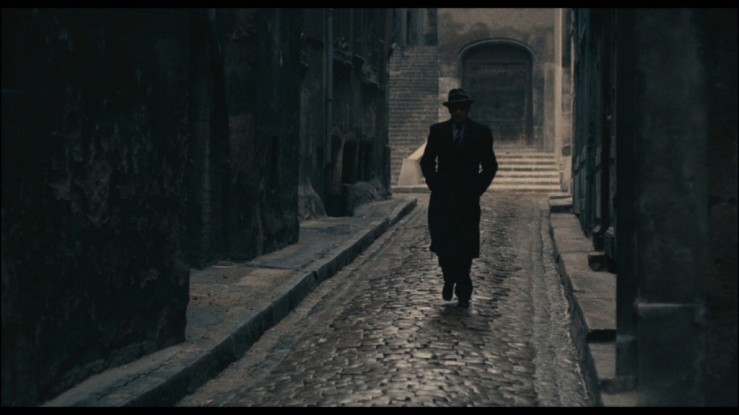