Who doesn’t love a martyr? 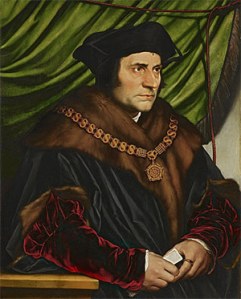 rendering, a brilliant, quiet man who weighs his words and never gives in to his base instincts. Sure, he gets the better of Henry VIII’s henchman, Thomas Cromwell, but it’s largely a matter of out-classing him, rather than descending to Cromwell’s level.

Cromwell: “How should I threaten?”

Cromwell: “Oh, justice is what you’re threatened with.”

More: “Then I am not threatened.”

Well done, Mr. More! Or, should I say Lord Chancellor More? Or Saint Thomas More, as he became, finally, in 1935? Certainly there is much to admire in the humanist novel he wrote in 1516, Utopia, where he questioned the value of private property.

As long as there is property, and while money is the standard of all things, I cannot think that a nation can be governed either justly or happily; not justly, because the best things will fall to the share of the worst men; nor happily, because all things will be divided among a few (and even these are not in all respects happy), the rest being left to the absolutely miserable.

More’s thinking would later be revived in a pamphlet published in 1834 by the abbé de Lamennais, Paroles d’un croyant [Words of a believer] which railed against the “conspiracy of kings and priests against the people,” earning Lamennais a stint in prison. But a number of utopian socialists took up the cause, and their works were read by Karl Marx. We all know where that led.

We also have this appealing comment from Utopia: “Anyone who campaigns for public office becomes disqualified for holding any office at all.”

But More had his fanatic side. He was Henry VIII’s henchman before Cromwell, and had no qualms about torturing heretics or burning them to death. He was seen as erratic and dictatorial, “using his powers as Lord Chancellor inquisitorially and in a style contrary to the Star Chamber’s accepted procedure.” He once described a Benedictine monk apprehended with books by the Protestant reformers Luther and Zwingli as “a dog returning to his vomit” — this to justify burning the man, who wished to repent.

The unsavory side of More is on full display 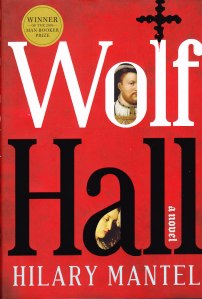 in Hilary Mantel’s Wolf Hall, but you won’t find Paul Scofield calling anyone a dog in A Man for All Seasons, let alone using words like vomit. He is far too erudite. Imprisoned in the Tower, he begs not for creature comforts—furs to ward off the chill, or food—but for more reading material, a request that the dastardly Cromwell denies him.

No doubt I’m viewing the man through the lens of the present, but methinks that martyrdom was all More had left, after he had so thoroughly debased himself for his sovereign.

It’s a pretty good movie, though. Watch the trailer of the newly released version.

19 thoughts on “A Man for all Seasons”